“We have made a lot of great cars and I’m proud of all of them, but the Stinger is something special.” said Peter Schreyer, Chief Design Officer for Kia Motors.

The design of the all-new 2018 Kia Stinger was overseen by Peter Schreyer and Gregory Guillaume, Chief Designer for Kia Motors Europe.

Brimming with power, passion and performance, the 2018 Kia Stinger is a sport sedan dedicated to the thrill of driving, while cossetting occupants in luxury. From its sleek front through its svelte flanks, and up to its powerful haunches, the Stinger exudes a muscular confidence. The Stinger’s stance and visual balance are designed to lend the car an air of elegance and athleticism, rather than boy-racer aggression. Inside is a purposeful cabin that is luxurious and exquisitely crafted. A strong horizontal plane across the dash presents the driver with a thick, leather-wrapped steering wheel. Front and centre of the driver is a single instrument binnacle with a combination of analogue and digital instrumentation. Set to go on sale across Europe in the fourth quarter of 2017, the Stinger is backed by Kia Motors’ industry-leading quality and reliability.

EyesOn Design Awards are the officially-sanctioned design awards for the NAIAS. Considered the validation of great automobile design from the industry's leaders, EyesOn Design awards are prominently displayed in design studios around the world. 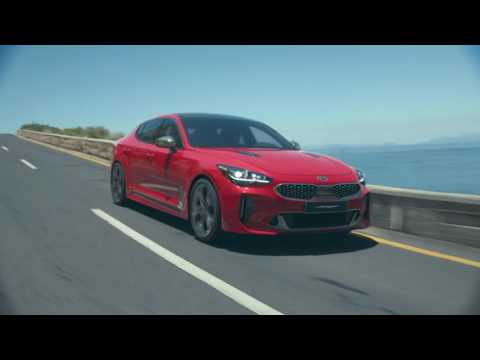 All numbers charged at local rate. Mobiles will be more. Calls may be recorded and listened to by ourselves, associated manufacturers and our agents for quality and training purposes.

Underwoods Garage (Tiptree) Limited are a credit broker and not a lender. We are Authorised and Regulated by the Financial Conduct Authority. FCA No: 310845 Finance is Subject to status. We work with a number of carefully selected credit providers who may be able to offer you finance for your purchase. We may introduce you to a limited number of finance lenders, who may pay us a commission for introducing you to them.
Registered in England & Wales: 01590739
Registered Office: Address: 5 Church Road, Tiptree, Essex, CO5 0LG
Data Protection No: Z7748730